I just bought a XEN VPS with 1.5G RAM 80G DISK SPACE from BudgetVM last week. VPS MATE is now hosted in VPS. Since I bought, this VPS has been performing very stable. The only con I've found so far is some times I get disconnected from the SSH and TFTP. I'm not sure if that's my own internet problem.

TeraFire started in 2012, originally to have solely European servers. TeraFire decided to migrate TeraFire's servers to the US, and have since rebuilt TeraFire's business model. TeraFire's location is in LA, and TeraFire gets great peering to Asia, and are fully IPv6 native. TeraFire offers KVM and OpenVZ plans at competitive rates. 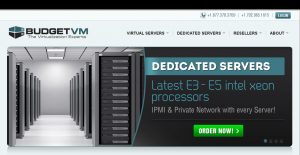