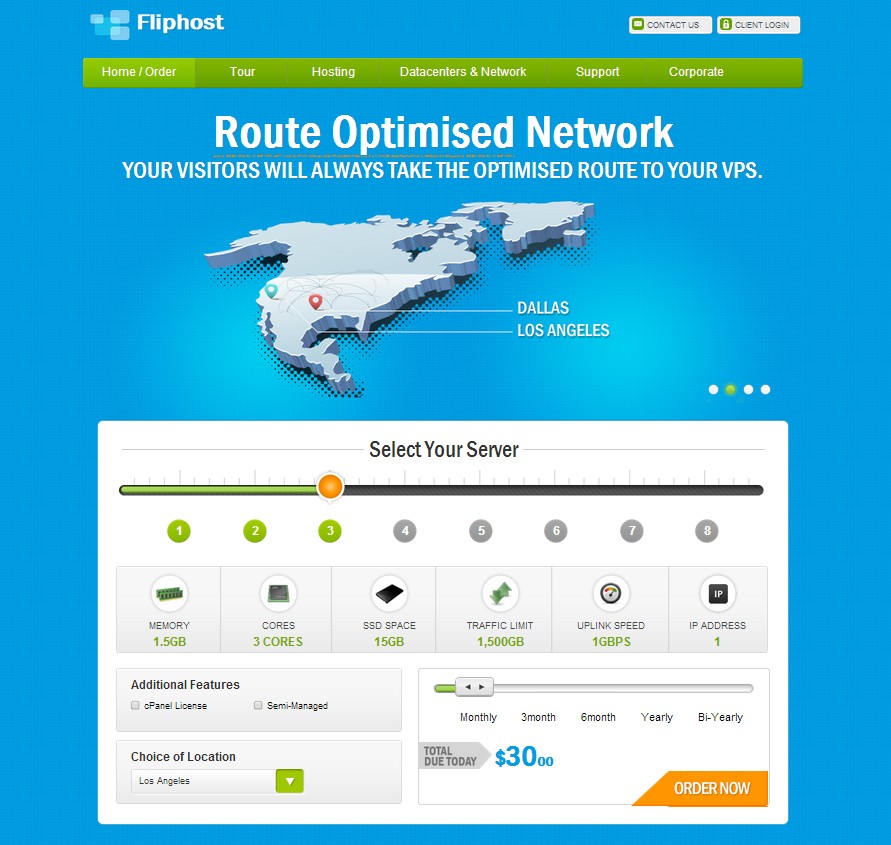 Alex from US-based Fliphost sent in an offer for some of his SSD KVM based packages in Los Angeles, California!

Note: All prices are prorated, so the checkout price may appear less than the recurring amount. Also once stock is sold out the promotion will end.

We’ve all seen the abundant 2GB RAM OpenVZ offers, but rarely do we see a KVM equivalent which Fliphost are providing today. Fliphost were founded in June 2011 and have since been purchased by Query Foundry. They do run as an independent brand, though. They have featured back in May 2013 with a 1TB storage plan, so they’re not new to ‘going overboard’ with resources. They have also had a popular dedicated server offer a while back. Alex informs us that the servers they run are Dual E5-26XX’s with 128GB RAM and 8x Intel 520 SSDs in hardware RAID10 with the LSI 9266/9271 card. It is also worth noting that these KVM special plans can be ordered yearly for the price of 10 months, if you submit a ticket for it.

Fliphost have thrown in a few ‘bonus’ services such as their self restore backup system (OpenVZ only at the moment), free Rage4 Anycast DNS and Offloaded SQL (available with a ticket). It does seem IPv6 is lacking at the moment however. Payments are made through PayPal and refunds are processed on a case by case basis. Prohibited activities are simply anything illegal in the US, as well as Tor exit nodes and anything that can affect the performance of your neighbours on the node. As always do read the ToS before purchasing.