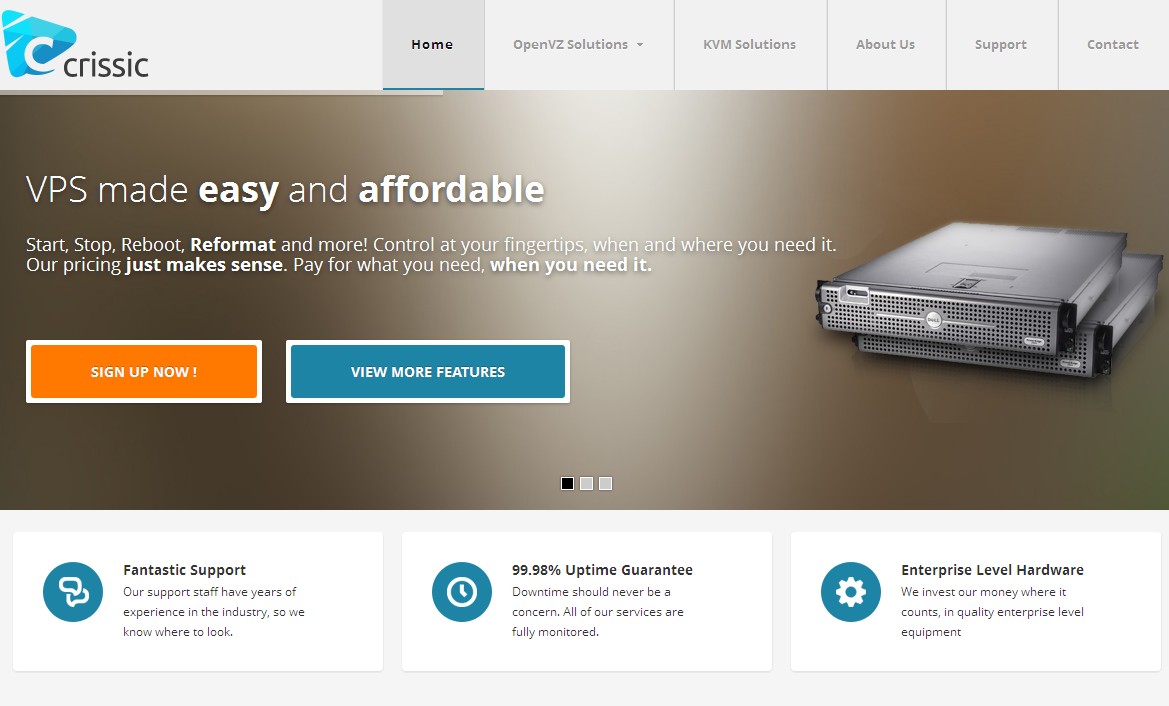 Not long ago Crissic re-launched KVM, which runs on the same type of hardware as their OpenVZ nodes and hosted at GoRack in Jacksonville, Florida. Here are three KVM package you will probably find interesting. OpenVZ deals are further down, this time with doubled disk space.

Crissic has been featured three times before, once during the Christmas specials and twice before that.
Still being in their first year of business Crissic has accomplished more than many other providers. Own network AS62639 and owns all hardware.  Later in April, Crissic will celebrate their anniversary by launching their own 10G network directly with Atrato. Although the hardware is in Jacksonville, Florida, Crissic is based in Springfield, Missouri. Here are the OpenVZ offers (with doubled disk space) and below are the TOS/AUP information and network test listed.

Quick AUP – IRC, Bittorrent, TOR, P2P, warez, spamming, or anything illegal in the state of Florida or illegal within the United States of America is not allowed. PRIVATE proxies are allowed. Runescape bots and gameservers are NOT allowed. Personal IRC Bouncers are Permitted. Full TOS is available here and AUP here.

Request up to 200 individual native IPv6s with reverse DNS included by submitting a support ticket.